Did the Bangladesh factory disaster change the way we shop?

After the deadly collapse at a Bangladesh factory where Joe Fresh clothes were made, many consumers demanded more information about where their clothes were made. But did the tragedy have a lasting impact on the way we shop?

TORONTO — The world’s worst garment industry accident had ripple effects beyond Bangladesh in 2013, as the fatal building collapse turned a lens on poor conditions endured by workers and brought fresh focus to production practices used to create affordable goods.

More than 1,100 people died in the April 24 tragedy at the illegally constructed Rana Plaza. Items created for Canadian label Joe Fresh were among those manufactured on-site, but a number of other clothing makers were also housed in the complex.

Joe Fresh brand owner Loblaw Companies Ltd. joined several retailers in signing a pact to improve fire and building safety in Bangladesh. In October, the company said it would provide short-term financial support to all workers or dependents of New Wave Style (which produced Joe Fresh items) and plans to join with British retailer Primark to provide financial assistance to workers of all retailers in the factory plaza.

While there have been corporate reforms in the aftermath of the tragic incident, whether there will be a long-term impact on how consumers shop remains uncertain.

Will industry change first and then consumers will just be buying stuff without even knowing it was made ethically? That seems to be more the way it’s going

“Ultimately, what it’s going to come down to is that industry needs to make these changes so that consumers can still shop with the convenience and the ease that they’re used to — just knowing that the brands that they’re buying from have cleaned up their act — and that they’re making their clothes in an ethical environment,” said Kelly Drennan, founder of Fashion Takes Action, a Canadian non-profit focused on sustainability within the fashion industry.

“It’s chicken and egg. Are consumers going to change the way they shop and then that’s going to dictate if industry changes? Or will industry change first and then consumers will just be buying stuff without even knowing it was made ethically? That seems to be more the way it’s going.”

Bob Chant, senior vice-president of corporate affairs and communications for Loblaw, told The Canadian Press the company is moving ahead with short-term compensation plans and has plans for long-term compensation as well.

“I think people are going to start to realize where their products are actually coming from and the decision that they make to purchase those goods, how that has ripple effects across the world and across to real people,” said Fishbein, whose company is now part of online sustainable fashion retailer Modavanti.

Paule Trudel Bellemare admitted she was already having concerns about where goods like clothing were being made when the factory collapse helped propel the issue front of mind.

“It’s always when you see really graphic images or when you have that graphic image that’s now imprinted in your mind and in your imagination, it’s really more concrete. So definitely, I think it made everyone think about it.”

The Laval, Que., resident said would love to buy more locally made goods. But as an artist without huge sums to spend, she said she can’t afford to buy items produced in North America all the time because it’s too expensive.

Still, Trudel Bellemare is being more mindful in her consumption habits. When she does buy items at stores where goods are more affordable, she tries to select pieces with longevity which appear OK in terms of fabric quality.

“I’m trying to buy really basic clothes in terms of style that will last me years and years and I won’t get tired of them as easily as if I was buying things that are maybe just sort of a fashion statement or something that’s just trendy this year or this season,” said Trudel Bellemare, a fashion and children’s illustrator.

Drennan said there are many ways for people to be ethical in their wardrobe, like participating in clothing swaps and shopping secondhand. Ultimately, she believes consumers need to change their approach to fashion by “slowing down” and focusing on purchasing pieces of quality.

“If you were going to spend $30, let’s say, every two weeks on something, why not wait, save it and spend $60 on one piece that’s going to actually last?” said Drennan, whose organization is hosting the World Ethical Apparel Roundtable in Toronto next March.

Nitkin said he’s not as concerned about Canadian consumer response to the issue as he is to hearing labour rights advocates in Bangladesh, Pakistan and India who say there are no changes on the ground with respect to corruption practices, for example.

He thinks the issue of the Rana Plaza collapse will have “sustaining legs” in terms of impact — but not in the manner that many may think.

“From the consumer point of view, this is an animating issue, but consumers are fickle beasts,” Nitkin said.

“Are consumers interested in ethical consuming? Yes,” he added.“ Will the Bangladesh issue and this particular collapse be the prominent issue relative to say, global warming or relative to say, terrorism? I don’t think we can forecast with any degree of certainty.”

David Soberman, professor of marketing at the University of Toronto’s Rotman School of Management, said as news of the collapse has gradually receded from the headlines, sales for brands like Joe Fresh and others linked to the incident have likely returned to normal. But what has permanently changed is something else: the public’s sensitivity to problems in terms of how goods are produced, he noted.

“If you had a fire at a plant a year ago — so before this — where 10 people died, it would be reported in the news, it would have a bad effect, but it would not be that big of a deal, because unfortunately, there are factory fires everywhere in the world — including North America — where people get killed in those sorts of numbers,” said Soberman. “Now if you had a fire in Bangladesh where 10 people got killed, it would be in the headlines. This reflects the sensitivity in the public.

“It means that even though it may not be having an effect on sales and brand choice right now, it also means that companies themselves are effectively walking on eggshells. They have to be extremely careful because the public will really react badly.”

Drennan said they are in talks with the Canadian Standards Association about developing a system that would make sustainable fashion items more easily identifiable to consumers, such a special hangtag.

Just as certifications have emerged for green and organic items, Fishbein said it’s just a “natural approach” that something similar will surface with respect to labour practices and other aspects of ethical consumerism.

“As consumers get hungry for this type of information, yes, there are going to be things that help simplify it and summarize it for people to be easily digestible when they make a purchasing decision. And I think you can just look to the food movement, especially the organic and local food,” he said.

“It’s going to happen in fashion — it’s just a matter of time.” 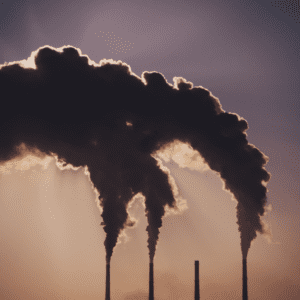 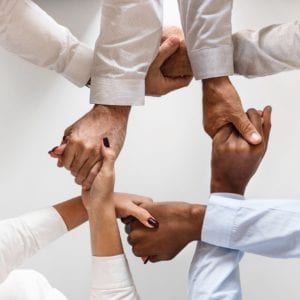