Ecofeminism - the branch of feminism that examines the connection between women and nature, born in the 70s during the green movement and second-wave feminist era - is making a comeback. 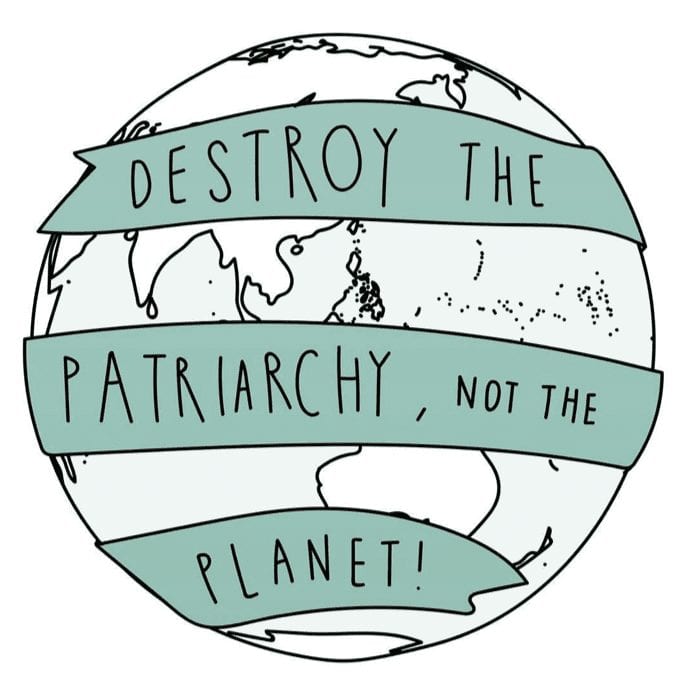 More and more, mainstream social movements are pointing out the issues at the intersection of feminism and sustainability, and are exploring the connections between the unjustified dominations of both women and nature. Ecofeminism “critiques the male-biased Western canonical philosophical views about women and nature”, and opposes the system of oppression that is ingrained in our capitalist society. Oppression is defined as something that oppresses, especially when unjust or exercising excessive use of power. To truly understand this ecofeminist intersection within the fashion industry, we must first look atthe oppression of women and the oppression of nature as separate entities.

The oppression of women is systematic and deeply rooted in patriarchal capitalist society. “The system of predominantly male ownership of the means and forces of production, results in a male-biased allocation and distribution of a society’s economic resources that systematically disadvantages women economically, and exploits nature.” This has led to the feminization of poverty. According to the United Nations, the majority of the 1.5 billion people living on 1 dollar a day or less, are women. Because women are often denied access to financial resources, land, education, healthcare and other social services, they often lack the knowledge and resources to change their own circumstance. This has led to women earning, on average, just over 50% of what men earn globally. Women are also often tasked with childcare, household chores and meal preparation, which leaves them with little time for education, social programs or financial assistance. They are, in turn, less likely to make their way into management-level jobs, local government or social organizations, which reinforces the lack of female representation in decision-making and thus drives a male-biased agenda, perpetuating this vicious cycle.

It is the same patriarchal capitalist society that oppresses and exploits nature by over-extracting, polluting, causing deforestation and more. Our industries were founded on the unjustified domination of nature. Because society sees more value in the extraction of natural resources over the conservation of nature, there is little to no incentive for corporations to implement more sustainable policies and practices. A patriarchal capitalist society sees domination and exploitation of nature as a means to an end – that end being profit. This model does not take into account the intrinsic value of nature. From an ecocentric point of view, nature has more value than just economic (extrinsic) value. Carbon sinks, pollination and biodiversity are all examples of priceless intrinsic aspects of nature. These do not directly benefit humans and cannot be attributed to a dollar value, making them “useless” and invaluable from a capitalist point of view. They do however play a crucial role in the survival of all species and ecosystems – a fact which is clearly not respected when nature is exploited to no end by a system that does not recognize it for what it is – a  precious and invaluable resource for life on earth.

Much like other industries, the fashion industry does not recognize the value of both its workers or the environment, based on its human rights and environmental policies. The industry is based on a system of oppression of both marginalized communities and natural resources. Approximately 80% of garment workers are women, many of whom are obliged to adhere to sexist cultural stereotypes. Such stereotypes portray women as being passive and flexible, resulting in a population that is vulnerable and easily exploited. Many experience unsafe working conditions due to sexual harassment, verbal and physical abuse, exposure to dangerous chemicals and machinery, and poor air quality, just to name a few. More often than not, these workers are paid incredibly low wages, especially considering the cultural stereotypes associated with female labour.

Fashion is a hugely polluting industry and causes incredible damage to the environment. It affects most, if not all, areas of conservation and ecology. It is responsible for excessive water consumption and pollution globally, rainforest destruction, soil degradation, greenhouse gas emissions, the production of large amounts of waste and microfibres, and other harmful effects.

Fast fashion is especially guilty of the aforementioned issues and consequences. Fast fashion companies compromise on human rights and sustainability to continue selling clothing cheaply, in order to increase their profit margins. Adhering to an ecofeminist ideology entails buying from companies that not only respect all life, including those of their workers and those within the natural environment, but also adhere to values of equality, justice and community.

To start consuming more consciously, with ecofeminist values in mind, check out Good On You to see how your favorite brands currently rate in terms of their level of sustainability and social responsibility!

PrevPreviousIs That A Plastic Bag You Are Wearing?
NextMaking the shift to sustainable productsNext 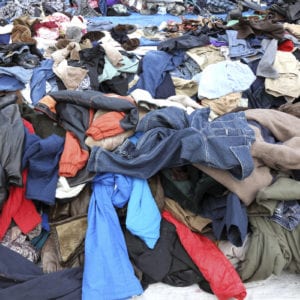 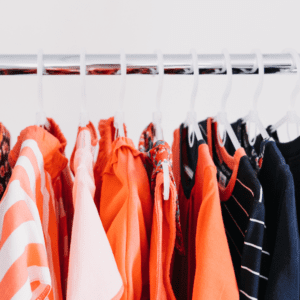