Ripple Effect: How Fashion is Contributing to Water Pollution

Ripple Effect: How Fashion is Contributing to Water Pollution 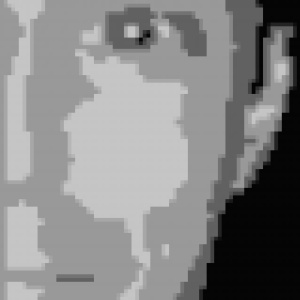 Photo by Naja Bertolt Jensen on Unsplash
Water is the basis of life and the backbone of civilization; we consume it, we bathe in it, and we marvel at its beauty. It also supports ecosystems around the globe and aids in power generation, manufacturing, and sanitation.

However, pollution resulting from industrial processes, including the ones used to make our clothes, is causing detrimental impacts to this vital natural resource, and all living things that depend on it for their survival. Only 3% of the earth’s water is fresh and of that, only 1.2% is available for drinking; the availability of freshwater could decrease to a point where civilization can no longer be supported.

Businesses around the world rely on our very limited freshwater resources to produce the clothes we wear. To put this into perspective, while 3.5 billion people around the world currently experience water scarcity, 32 million Olympic-size swimming pools of freshwater are used each year by the fashion industry to manufacture clothing. What’s worse, this number is expected to double by 2030.

Approximately 20% of industrial water pollution comes from textile treatments and dyes. In China, a country where nearly 44,000 companies manufacture textiles, approximately 70% of the rivers and lakes are contaminated by the 2.5 billion gallons of wastewater produced by the textile industry. Due to a lack of environmental regulations, toxic wastewater containing chemicals such as lead, mercury, and arsenic are commonly discharged from industrial areas, inevitably contaminating nearby waterways that are used by local residents for drinking, bathing, and irrigating crops. These waterways feed into oceans that inhabit various forms of fish and seafood which can become contaminated, posing serious health risks to humans who consume them.

Furthermore, large quantities of freshwater are required for food production. Polluted water can not only damage soil, but destroy crops, and poison livestock, which over time will contribute to a global food shortage.

The Impact on Our Health

What does this mean for the 7.96 billion humans around the world who rely so heavily on water? Well, skin and stomach infections, cancer, and reproductive issues are among the most severe. Commonly, people in developing countries are most likely to be the ones impacted due to the lack of access to medical care and poor living conditions. According to the United Nations, approximately 297,000 children under the age of five die from diseases linked to poor hygiene, sanitation, or unsafe drinking water every year. Heavily-populated factory towns in China that are overrun by polluted air and water are often referred to as “cancer villages”, as these 250 villages are home to 2-3 times the national average death rate from stomach, esophagus, or liver cancer, according to the China Centre for Disease Control and Prevention.

And though densely-populated factory towns are proven to be most impacted, residents in first-world countries have also been shown to be affected by contaminated water thousands of miles away. The effects of fast fashion have been proven to trickle down as water pollution causes serious diseases and ailments, infecting wildlife and agriculture with harmful chemicals that pollute food chains.

To make matters worse, each time you decide to wash a piece of clothing that is made with synthetic materials, approximately 700,000 microfibers are shed which eventually make their way into the water system. Fish and other marine species ingest these microfibers, creating a direct link to studies that have shown that microfibers are now being found in human lungs and blood.

What You Can Do

Overall, what can seem like one singular problem has proven to show how compounding the consequences of pollution can be compounded. Water pollution is a global issue and we must act collectively in order to help reduce these impacts. So, the next time you are shopping, try to purchase clothing made from organic and natural fibers that are made in countries with strict environmental regulations, such as the US or the UK. According to a study by Gap, organic cotton only uses 15.7 years of drinking water as compared to the 174.6 years of drinking water that a normal cotton wardrobe consumes, overall contributing to a reduction of 91%. Plus, washing your clothes only when you need to at temperatures lower than 86°F (30°C) can help conserve water and reduce the number of microplastics released into the environment. Although ending water pollution is an enormous task, every small action you take will have a ripple effect.